Now You Too Can Present Like a Professional and Increase Your Influence, Impact and Income!

At this one off event Andy will personally teach you how to disolve the fear so often associated with speaking in public to large audiences so you can leverage yourself and your time far better.

Isn't it time you raised your profile? Became a key person of influence? Positioned yourself as THE expert in your industry? Had business coming to you rather than chasing it every month?

Most presenters get stuck figuring out what to say but at Become a Master Public Speaker you'll learn how to design presentations in a way which doesn't leave people overwhelmed or bored but instead inspires people to want to do business with you straight after you’ve finished speaking.

If you want to accelerate your business or career you’ll also want to discover how to market yourself and your personal brand through the ingenious use of online video to generate hoards of raving fans and customers.

Here's a short clip of Andy’s speaking at the Excel Centre to 9000 people...

What You Will Discover on The Day How To:

This Event is Suitable for:

This Event is for You Because...

"Andy Harrington is a genius on stage, he’s the person I go to to sharpen my performance from the platform"

Andy regually charges his private clients £20,000 a day for 1-2-1 coaching and his seminars in the UK are £5,000 to attend which is why you simply have to act now because Become a Master Public Speaker is only €49.95
Don't miss out, don't delay. Andy Harrington is a sensation that can increase your financial self-worth way beyond your expectations.

P.S. In addition the first 50 to register will also receive a 75 Minute DVD of Andy Harrington's widely acclaimed presentation at the London O2 Arena. Here's a clip of that very DVD. 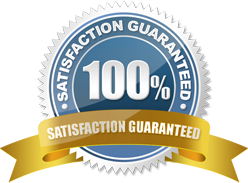 Our 100% Satisfaction Guarantee
" We Guarantee 100% Satisfaction on the Day of the Event. If you for some reason are not entirely satisfied with the event on the day then all you have to do is notify a Horizon Speakers representative and we will either refund your money or credit the ticket price towards an upcoming event of ours.
Note: You MUST notify us on the day!"

A Sensational Event with Andy Harrington 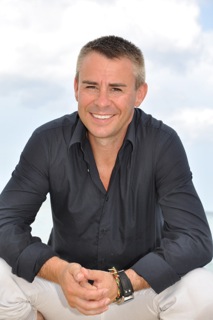 At age 28 Andy Harrington was flat broke addicted to drugs his marriage was breaking down and his life heading nowhere fast.

After attending a personal development event he quit his job and decided turn his life around. He started a business of his own with a small loan from his bank. That business today has now pulled in over 50 Million Euro’s.

For the last 8 years Andy has been teaching others how to step up and reach their potential. He is now a big name speaker invited to speak on the biggest stages all around the world.

His Public Speakers University is widely acknowledged as an incubator for the next generation of world-class speakers.

A successful entrepreneur Andy has built several multiple million pounds organisations and is sought after for his business boosting strategies and turnaround expertise.

He is a world renowned public speaker and is able to captivate an audience with his direct and engaging style whilst helping people to create rapid and lasting change by tapping into the unlimited power of the mind.

He has pulled in over £4.2 million from public speaking engagements alone since 2003, created a company from scratch with just £10,000 that pulled in over £21,000,000 in 5 years and is THE ‘go to person’ top speakers approach if they want to improve their performance.

"Andy Harrington is a genius on stage, he’s the person I go to to sharpen my performance from the platform"

"After hiring Andy I pulled in £468,000 from just one presentation"

"I have made an additional £200,000 since I trained with Andy even pulling in £48,000 from just one speaking engagement"

"After training with Andy I improved so much that I was invited to speak in Thaliand, Hong Kong, Malaysia, Singapore and Australia it’s been amazing"

If it had not been for visionaries like Steve Jobs and Sir Richard Branson the world would be a poorer place. Those people who are willing to be influencers, those people who believe they can change the world, are those that often do.

It's time to recognise that you have gifts, that you have a message to share. If you don’t share it, if it dies inside of you then you’ll never know the difference you could have made.

Surely the worse fate we could all experience is meeting the person we could have been had we dared to follow our dreams and believe in ourselves just that little bit more.

Book your place for this extraordinary day as spare seats will be "as rare as hen's teeth" when the word hits the street that the guy that rocked the London O2 Arena and the London ExCel Centre alonside Anthony Robbins and Sir Richard Branson is coming to Dublin.

This is a one off event and there is no planned dates when Andy Harrington will return to Dublin. Whatever you are doing clear your diary, as this is a day people will be talking about for months. You don’t want to be one of those people saying - I wish I had attended

Book immediately to secure your place and avoid the dissapointment of hearing that all places have gone and it's totally sold out.